Parkinson's FAQs provides concise answers to some of the most common questions that arise regarding Parkinson's. This section aims to help you weigh up the best way to thrive with your Parkinson’s and should help you understand your options, find out who can help you, how and when they can help, and then make choices that are right for your individual Parkinson's journey.

Our FAQs are deliberately brief. For more detailed information, please explore our 'About Parkinson's' and 'Living well' sections.

Symptoms vary from one person to another and there is a wide range of Parkinson's symptoms, but it is very unlikely that you will experience all of them. Some symptoms often start on one side of the body and may then go on to affect both sides.

What are the symptoms of Parkinson’s?

The main Parkinson's symptoms are:

Over time different muscles may be affected and further movement or ‘motor’ symptoms may develop such as:

‘Non-motor’ symptoms, i.e. not related to movement, may also develop such as:

Over time as Parkinson’s progresses, doses of medication, usually levodopa, may literally “wear off” or becomes less effective. If this occurs, Parkinson’s symptoms either re-emerge or worsen before the next dose of medication is due.

For a more detailed list of symptoms and further information on each of them see Symptoms.

Are Parkinson's symptoms the same for everyone?

Just as we are all individuals, so the symptoms we experience will vary from one person to another. Some people find it helpful to discuss their experiences with others, and may find similarities, but because we are all so very different, experiences may differ. This should not be a cause for concern.

What symptoms will respond well to medication?

Medications are prescribed to control your symptoms. As each person responds differently to any medication, how effective they will be will depend upon how your body and chemical balance responds.

Some symptoms tend to respond well to a particular medication. You will need to monitor your responses with your doctor to see what works best for you and he or she will adjust as appropriate.

If you experience a number of symptoms, your doctor may prescribe more than one medication. Sometimes a medication that improves one symptom may result in another being less well controlled, so by working with your doctor you will be able to achieve a good balance of symptom control throughout the day.

Will my symptoms get worse?

Symptoms do tend to worsen but their progression is usually very gradual. Symptoms and responses to treatment are different for each individual, so it is not really possible to predict progression. For some it may take many years for the condition to develop, in fact many people believe they had Parkinson's for maybe two or three years before they are actually diagnosed, and for others it may take less time.

Are there other conditions that are similar?

Parkinsonism is the umbrella term given to a group of conditions that feature the main characteristics of Parkinson’s, i.e. tremor, rigidity or stiffness, mobility problems and bradykinesia (slowness of movement). About 85% of people with parkinsonism have the most common form, Parkinson’s, with the remaining 15% having different, much rarer conditions, such as Progressive Supranuclear Palsy (PSP), Multiple System Atrophy (MSA) and Dementia with Lewy Bodies (DLB).

Because of these similarities, such conditions can be difficult to differentiate and diagnosis by an expert is essential. 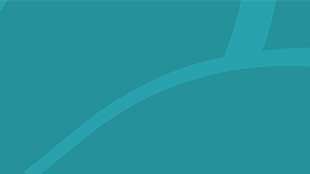 Non-motor symptoms are those that are not related to movement, such as tiredness, depression and pain.

Coping Strategies is a collection of short videos showcasing tips and tricks created by people with Parkinson’s to manage difficult moments when medication is not working well and symptoms re-emerge.