For the second year running, the coronavirus outbreak means that live, in-person events to mark World Parkinson’s Disease Day on Sunday, 11 April 2021 cannot take place – but wherever you live there’s plenty going on online for people with Parkinson’s and their families and carers to celebrate, support each other and to learn more about living well with the condition.

On Friday 9 April, Association Parkinson asbl held a virtual conference about sleep and the problems faced by people with Parkinson's especially during the COVID-19 pandemic. A recording of the conference can be found here.

The Vlaamse Parkinson Liga (VPL) is teaming up with Medinet TV to present an online panel discussion at 10.00 CEST, Sunday 11 April, where neurologist Prof. Patrick Santens, physiotherapist Linde Parasie, Parkinson's nurse Camelia Bogaert and neuropsychologist Jolien Stove will discuss the theme ‘Me and my healthcare team: together.’ Join the chat and see the full programme. VPL also published a 'wake up call' article highlighting key facts and issues about Parkinson's, and what patient organisations can do to support people living with the condition and their carers.

Come and join Parkinson's Europe on World Parkinson's Day for a fun-filled hour on Sunday, 11 April at 12.00 BST | 13.00 CEST | 14.00 EEST focused on wellbeing, exercise, speech therapy and cooking! The event will be hosted by physiotherapist Josefa Domingos and speech therapist John Dean, and supported by Parkinson’s exercise provider Bial Parkinson's – Keep it ON. Watch it on our YouTube channel.

In partnership with Parkinson's Europe, Bial will also launch a new training area of its home exercise website for PwPs on 11 April.

Watch #TogetherApart, a global virtual event with a number of countries getting involved on YouTube.

Parkinsonliitto ry is hosting a virtual Parkinson’s Day dance and lecture event on Tuesday, 13 April from 12.00 to 14.00 EEST on the theme of exercise and rehabilitation. It will look at the effects of social and health care reform with Minister of Family and Care Services Krista Kiuru, before neurologist Valtteri Kaasinen looks at new treatments for Parkinson’s. To close the event, dancer Helena Ahti-Hallberg will talk about the importance of dance for wellbeing, before the event ends with a remote salsa dance. Find out more and watch the programme here.

From 9.30 to 18.00 CEST on Saturday, 10 April, France Parkinson will provide a series of information-rich live lectures and debates and tips to improve the daily lives of people with Parkinson’s and their carers, with the help of physiotherapists, speech therapists, occupational therapists, psychomotor therapists, dieticians, psychologists and specialised nurses. There will be three ‘round tables’ where experts will answer your questions: 10.00, how to adapt your home for easier and safer living and fall prevention; 11.45, know your rights and what grants are available to you; 14.00, discuss sexual disorder caused by Parkinson’s or as a side effect of drug treatments. Watch the event at www.legrandirect.fr.

The Cork Parkinson's Association is organising a virtual spring conference in partnership with the Parkinson’s Disease Research Cluster (PDRC) on Wednesday 14 April, with a panel of specialists including Prof Aideen Sullivan and Dr Suzanne Timmons. Click here to register for the free event.

As part of International Parkinson’s Awareness Month, Israel Parkinson Association is holding a free online conference in Hebrew on Thursday, 29 April 2021, in collaboration with the Offzine Center for the Treatment and Prevention of Parkinson’s at Tel Aviv University. The programme will include live scientific lectures for researchers, doctors, students and people in Pharma; lectures for PwPs, their families and health professionals covering current treatments and new technologies; recorded learning workshops dealing with movement, sound, nutrition, medication, sex, non-motor symptoms, mental and social life and more; intimate “round table” interactive meetings with medical professionals, who will discuss how to deal with various Parkinson’s symptoms (up to 20 people per session); and an exhibition displaying works of art by PwPs. The conference (except the round tables) will be available for viewing after the event. Follow this link to register.

Parkinson’s Italia Onlus is taking part in the #TogetherApart event led by Parkinson’s UK on Sunday, 11 April. To follow Italy's contribution, link to the International YouTube channel from 13.00 to 14.00 CEST by clicking here.

Association Parkinson&Sport and Comitato Italiano Associazioni Parkinson will hold an event focused on the positive effects of sports and exercise, and on the challenges and opportunities of web-based communication and assistance for people with Parkinson’s and their carers. The event will be live-streamed on Well TV and via the two organisation’s social media platforms at 10.00 CEST on 11 April. Learn more here.

Malta Parkinson’s Disease Association are organising a virtual event about the importance of exercise on 10 April at 10.00 CEST. There will be a talk by a physiotherapist and a short exercise class. Details on how to register will be available on MPDA's Facebook page.

The Associação Portuguesa de Doentes de Parkinson (APDPk) is running an online conference from 10.00 BST on Sunday, 11 April, where neurosurgeon Prof. Ruiz Vaz and neurologist Dra José Rosas will answer the most frequently asked questions about Parkinson’s sent in by PwPs. Visit its website to watch.

Slovenia’s Parkinson’s organisation, Društvo Trepetlika, is telling PwPs to tune into TV show ‘Dobro Jutro’ on the RTV Slo1 channel on Monday, 12 April between 8.00 and 9.00 CEST, where Prof. Majo Trošt, Ph.D. will talk about Parkinson’s disease.

Federación Española de Párkinson (FEP, the Spanish Parkinson's Federation) is holding a #PonUnaEtiquetaPositiva online event on Saturday, 10 April, from 17.30 to 19.00 CEST featuring Antonio González, president of the ALCOSSE Parkinson’s Association, Andrés Alvarez, president of FEP, Rafael Sánchez Acera, mayor of Alcobendas, Ma Teresa Fernández Campillo from the Royal Board of Disability, and Dr Marina Mata, neurologist from Hospital Infanta Sofia, Madrid. There will also be a musical interlude I dream that I can fly and a film about the #PonUnaEtiquetaPositiva campaign, which aims to dispel myths about Parkinson’s, addressing the impact that society’s misconceptions about Parkinson’s has on PwPs.

Swedish organisation Parkinson Västerbotten is running three days of online events, on 9, 16 and 23 April. On 9 April, at 14.15 CEST, neurologist David Bäckström will talk about the biological differences between tremor and other symptoms of Parkinson’s and discuss new Parkinson’s studies; on 16 April at 14.15, Johanna Wennberg, occupational therapist, will talk about different aids and strategies to alleviate the motor and cognitive difficulties PwPs encounter in everyday life; on 23 April at 14.15, physiotherapist Christer Johansson will discuss the benefits of physical activity and exercise for PwPs. Go to their website from 14.00 on each day to watch the event.

Parkinson Schweiz is running an online conference from 15.00 to 18.30 CEST on Wednesday, 14 April. Frank Elstner will talk to PwPs about how they live with the condition, deal with health problems, and also overcome professional challenges. Another focus is living with Parkinson’s, including the Thiemann Foundation, Malteser Germany, the German Parkinson’s Association and the “Parki-Haus” project, an initiative from Berlin. Find out more about the programme and register for the event here.

UK charity Parkinson’s UK is leading #TogetherApart, a global virtual event with a number of countries getting involved. Log onto Parkinson’s UK’s event from 11.00 to 12.00 BST on Sunday, 11 April 2021 to learn about the latest developments in Parkinson’s research, and how you can get involved. Hear from people with Parkinson’s (PwPs) who are getting the best out of their healthcare professionals; and find out how PwPs have rallied together to support each other despite the restrictions of the past year, and how to support people you know. Click on to Parkinson's UK World Parkinson's Day page and press Play to watch the livestream.

How will you or did you mark World Parkinson’ Disease Day 2021? Email info@parkinsonseurope.org and tell us your stories. 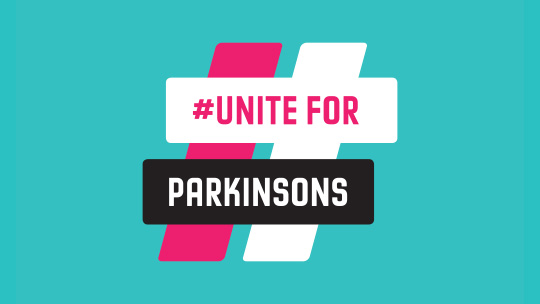 Join #UniteForParkinsons, a global Parkinson’s campaign that aims to raise unprecedented awareness of Parkinson’s around the world.