The second in Parkinson's Europe's series of mythbusting articles looks at what PSP is, and common misconceptions about the condition’s diagnosis and treatment.

What is progressive supranuclear palsy (PSP)? Coming under the parkinsonism umbrella group of conditions, PSP is a rare neurodegenerative brain condition that is sometimes misdiagnosed as Parkinson’s disease or Alzheimer’s disease (or other forms of dementia). It is one of the less well-known types of parkinsonism, despite having affected a number of high-profile public figures including US actor Dudley Moore.

While PSP shares some of the symptoms and misunderstandings surrounding Parkinson’s disease, its prognosis is markedly different.

Passing PSP on to a family member, Dr Klein says, would be "as likely as winning the lottery". In this second article in our myth-busting series, we take a look at PSP – what is it, and how do we separate the misconceptions from the truth?

Myth: Is PSP a type of Parkinson's disease?

No, PSP is not a type of Parkinson’s disease. Instead, they are both types of parkinsonism. However, PSP is often misdiagnosed as the more commonly known condition Parkinson's disease.

During the early stages, PSP symptoms bear some similarity to those of Parkinson’s disease, and the condition is included in a group of diseases called Parkinson's Plus Syndrome or Atypical Parkinsonism. However, PSP’s underlying disease-causing mechanisms are in fact more similar to those seen in Alzheimer’s disease (AD). PSP is also listed as one of the frontotemporal dementias or the AD-related dementias.

Hence the confusion for the average person – and even for some healthcare professionals: a lack of awareness about what PSP actually is is a deeply significant issue, with many people living with PSP never accurately being diagnosed with the condition until after their death. 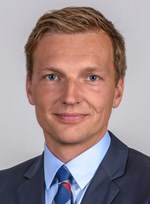 “In the neurology field it's dealt with as a movement disorder,” explains Dr Alex Klein, vice-president scientific affairs at CurePSP. “But it's very complicated for patients.”

However, as the condition develops, PSP has marked differences to Parkinson's: it progresses faster, causes more severe symptoms, responds poorly to Parkinson's medication, and has a significantly reduced life expectancy.

Early symptoms include balance difficulty, usually involving falls, as well as slowness of thought and personality changes. Less common early symptoms are sight problems, slurred speech, mild shaking of the hands and difficulty driving a car. Freezing of gait can be a first symptom as well as difficulties in finding words (aphasia).

Dr Klein says: "PSP is much more rapid, it doesn't follow the typical parkinsonian course of disease, and it has some components of dementia – although it is not the AD-type of dementia where you forget your history and can’t recognise people."

The name of the disease includes the word ‘progressive’ because the early symptoms get worse and new symptoms develop over time. After five or six years, on average, the imbalance and stiffness worsen to make walking very difficult or impossible. Trouble with eyesight (gaze palsy) eventually develops in almost all cases and can sometimes be as disabling as the movement difficulty. Difficulty with speech and swallowing are additional important features of PSP that eventually occur in most patients.

There is currently no cure for PSP, or way to slow or stop symptoms, but people with PSP may be prescribed common Parkinson's disease medications such as levodopa.

Myth: Can I simply take a test to see if I have PSP?

Unfortunately, PSP can be difficult to definitively diagnose as there is no specific test or imaging approach available to do this. And PSP can be easily confused with more common conditions that have similar symptoms, such as Parkinson's or Alzheimer's, making it hard to identify.

Dr Klein says: “There is no real test for PSP. Patients go to see a neurologist or movement disorders specialist who may not be trained in PSP – they see that person has had a fall but may not even ask if they fell backwards or forwards. The patient doesn't know that this makes a huge difference to their diagnosis: Parkinson’s disease patients tend to fall forwards whereas PSP patients tend to fall backwards. At CurePSP, the vast majority of our patients have experienced a Parkinson's misdiagnosis.”

PSP often starts with motor impairment, or impulsive behaviour, but reaching a diagnosis can take some time. "Often our patients say that when they've been diagnosed, incidents from several years before – such as personality changes, the lack of ability to organise thoughts, or major falls – start to make sense," says Dr Klein.

Neurologists usually run some standard motor and cognitive tests to make a diagnosis. During the later stages of PSP, the cardinal symptom – the gaze palsy – becomes more obvious. Although some patients with PSP describe their symptom as blurred vision, the actual problem is an inability to aim the eyes properly because of weakness or paralysis (palsy) of the muscles that move the eyeballs.

“Neurologists can also take an image of your brain by using MRI technology. Those images show a very typical atrophy in PSP," says Dr Klein. "If you look at it from the side, the MRI image shows what is called the 'hummingbird symptom' as the atrophied region looks like a flying hummingbird." 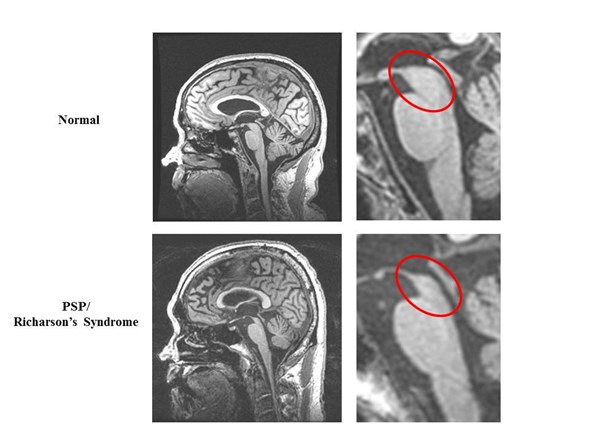 Myth: PSP is hereditary and can be passed on from parent to child

PSP is not hereditary but a sporadic disease, according to Dr Klein. " However, we have 15 to 20 case studies in the US where it looks like there is PSP running in the family,” he says. “Of course, research focuses on that, because we hope to learn more about PSP."

But while this small proportion of cases attracts a significant amount of attention, there are around 20,000 people with the condition in the US who have not experienced any genetic links. Passing PSP on to a family member, Dr Klein says, would be "as likely as winning the lottery". According to CurePSP, fewer than one in 20 people with PSP knows of even one other family member with PSP. Furthermore, detailed neurological examinations of relatives of patients with PSP show no more definite abnormalities than examinations of relatives of healthy people.

Myth: Being diagnosed with PSP means I'll have to stop driving

PSP can often cause eye movement problems (gaze palsy) that can create a tunnel vision effect, making it difficult to drive safely. Exactly when to stop driving, however, is an individual choice.

"My personal view is yes, you should stop driving," says Dr Klein. "It is a thin line at the beginning, but when is the time to stop – when you have had an accident? You may see moving points in your peripheral vision but you can't focus or look up and down. In other situations, people try hard to compensate for this staring gaze – having a conversation for example – but in traffic I'd strongly recommend not to. As well as vision, your reaction time is also greatly reduced and you can have trouble turning your neck as the muscles become stiff."

There is currently no cure for PSP, or way to slow or stop symptoms, but people with PSP may be prescribed common Parkinson's disease medications such as levodopa, which can help the slowness, stiffness and balance problems of PSP to a degree, but usually not the mental, speech, visual or swallowing difficulties, according to CurePSP.

He adds: “It's very frustrating for us healthcare professionals because we can't really offer a lot. Levodopa doesn't really work or the effects wear off quite quickly. It is worth trying, particularly in the early stages, but people should feel free to report that it is not working for them.”

People with PSP can help improve their own symptoms by engaging in physiotherapy, physical exercise, and speech and language therapy. "Stay active for as long as possible, and you can help retain a better quality of life for longer," says Dr Klein.

While the treatment landscape may appear bleak for PSP overall, it is not without hope. "There are quite a few clinical trials on both sides of the Atlantic," Klein adds. "Some are quite far advanced, which brings big hope for the PSP community."

Myth:  Nothing can be done to treat PSP symptoms

While options are limited, people with PSP may find some success treating non-motor symptoms. However, any medication should be prescribed under the care of a neurologist, stresses Dr Klein. Certain Alzheimer drugs that can help enhance brain activity may also be prescribed. "Slowness of thought and executive function can be a big problem," says Dr Klein. However, he adds, although it is worth trying different prescriptions, success is likely to be limited.

What about alternative therapies, such as the use of Coenzyme Q10? “There has been a small study of Q10 to treat PSP symptoms that shows modestly favourable results. However, Q10 is not an approved treatment, and should only be taken under the advice of a neurologist,” says Dr Klein. “It is a non-regulated supplement, which is always a problem because you don't know the side effects. Hence, you should never self-medicate, but always consult your doctor.”

Professionally administered Botox can also help with symptoms such as excessive salivation, a drooping eyelid or neck stiffness. However, Dr Klein cautions: “Swallowing is another problem and if you inject the Botox too close to the already weakened muscles involved in swallowing, you could have a really big problem.” The answer, if you choose to try Botox, Klein says, is to find an experienced professional to advise and administer it.

Do you have a type of parkinsonism, and if so what was your experience when you were being diagnosed? What misconceptions do you find other people often have about parkinsonism and Parkinson’s disease? Email info@parkinsonseurope.org and tell us your stories.

Every case of Parkinson’s is different and not everyone experiences the same symptoms. For example, not all people develop tremor and for some, rigidity is the major symptom. 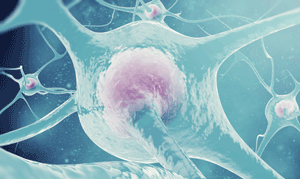 Progressive supranuclear palsy (PSP) is a less well-known illness of the nervous system which is sometimes misdiagnosed as Parkinson’s, stroke, Alzheimer’s or Motor Neurone Disease.

What is parkinsonism? Myths, misconceptions and facts