Carers of people with Parkinson’s have to face physical, medical, financial and emotional challenges that may have a substantial impact on their own health, wellbeing and quality of life. In spite of this, the individual and societal cost consequences of caring are often ignored by national governments, healthcare systems and decision makers across Europe.

Parkinson's Europe, therefore, works hard to raise the profile of carers with European and national decision makers and other stakeholders, and seeks to improve their quality of life as best as we can.

Detailed information and resources aimed at Parkinson’s carers are available in the Caring and Parkinson’s section.

In a pan-European survey carried out in 2019-2020, carers from around Europe have provided their views about the kind of impact caring for a person with Parkinson’s has on their lives.

It reveals that policies, health systems and society at large are not doing enough to support this group of people which provide vital care to people with Parkinson’s.

The data, collected as part of this survey, show that: 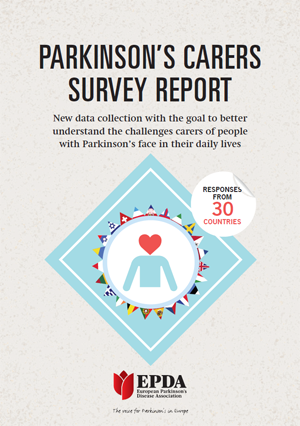 In January 2019, Parkinson's Europe began a data collection project with the goal to understand the challenges carers of people with Parkinson's have to face. We aimed to demonstrate the individual and societal cost consequences that caring has on individuals – consequences that are too often ignored by governments and decision makers across Europe.

This project was structured into five phases:

This data collection project was supported by our partner Air Liquide Healthcare.