A link between Parkinson’s and creativity?

The first published study (Lakke, 1999) considered 40 professional artists (with a focus on one sculptor, Horst Aschermann) comparing artworks made before and after Parkinson's onset. Initially, Lakke hypothesised that artists with the condition “might be impoverished in originality and creativity”. Nonetheless, the study eventually concluded that almost all of the artists showed instead “continuing and maturing creativity” as well as other intriguing observations, followed up in subsequent studies: some participants reported enhanced focus and urge to make art, others even a trance-like state. A potential connection with anti-parkinsonian medication was sometimes indicated as possible cause.

An increasing number of cases show the experience of individuals reporting a sudden awakening of artistic creativity, sometimes related to a change of style or even quality of the artworks. A survey by Joutsa et al. (2012a) has suggested such changes in up to 20% of respondents. This peculiarity has also been linked to some famous artists, like Salvador Dali (Forsythe et al., 2017).

More studies reported some interesting conclusions, from neurostriatal changes to personal differences in absorption and process of dopaminergic medicines. For example, a further paper by Inzelberg (2012) discusses John McClean, who was already a world renown artist when he developed MSA (one of the Parkinson’s+ syndromes) which interestingly changed his art style.For clinical researchers, medical practitioners and any other professional focused on Parkinson's, the possible link between this condition and creativity represents intriguing potential for early diagnosis, rehabilitative therapy (Haaxma et al., 2015), and for a better understanding of non-motor symptoms (Chaudhuri et al., 2015; Martinez-Martin et al., 2011). Still, the answer for the underlying questions of why and how PD and related factors might actually combine to create such fascinating changes has not been resolved yet.

This phenomenon has been causing people with Parkinson’s the world over to discover the artist within themselves; some exploding with bursts of creativity and others slowly and gradually answering the inner voice within them that seeks to creatively express itself. Such positive effect has improved their overall quality of life and helped people with Parkinson’s to reclaim identity and find new paths (Bloem, B. et al. 2018). 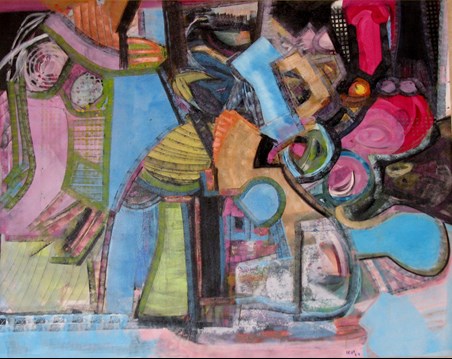 Understanding and exploring collaboratively such implications is therefore extremely important to promote a greater understanding of the human experience, to encourage everyone to explore the positive benefits of creativity and to give renewed attention to art therapies for Parkinson’s treatment.

We plan to create an online library of scientific papers, relevant articles and videos with the aim of sharing knowledge of the latest scientific discoveries and mysteries of Parkinson’s creativity.  Here are some key papers and articles ...more to come!